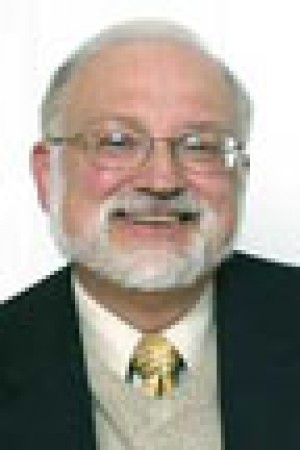 The safety of the people shall be the highest law. Cicero

Superfund’s purpose is to protect the public’s health and the environment from the threat of toxics exposure by cleaning up contaminated sites. A recently released report entitled Summary of Environmental Health Studies in Butte-Silver Bow by Dr. Stacie Barry, which was submitted to the Butte Health Department, calls into serious question the efficacy of 29 years of Superfund cleanup in Butte. The report’s data leads one to the clear conclusion that the massive “cleanup” of Butte is not working to protect human health and the environment. The report states that mortality rates from the types of cancer associated with metals exposure are higher in Butte than the state of Montana’s and the United States as a whole and that these rates have remained high and even increased after Superfund remediation. The report concludes that remediation has not reduced mortality rates. (Summary, page 81) After carefully reviewing publicly available data and past studies, Dr. Barry’s carefully and meticulously documented study finds “that living in the Butte landscape leads to higher mortality rates for all diseases. . . .” (p. 79) The study’s conclusion should be nothing new to EPA in that numerous past studies have found extremely high rates of cancer of the types correlated with metals exposure.

The only bright spot in the Butte Superfund picture is the Residential Metals Abatement Program (RMAP). The Barry report does find a decrease in neurological disease which “potentially correlates to the extensive lead abatement program in the city.” (p. iii) RMAP is the one notable Superfund success in Butte.

Why has Superfund largely failed in Butte? Four reasons:

1. The EPA did not adequately characterize the toxics of concern in Butte. “The risk assessments performed for the Butte Priority Soils Operable Unit investigated risks associated with arsenic and lead and did not investigate the other contaminants of concern. (Aluminum, cadmium, copper, iron, manganese, mercury, silver, and zinc.) Importantly, the EPA never investigated the synergistic, additive, and antagonistic toxicological aspects of the interaction between the chemicals. (p. 14) “The Priority Soils Superfund Program Cleanup Proposal states that the highest concentrations of arsenic, lead, and mercury are in attic dust, but because the attics are not considered living space, they are not considered in the risk assessment.” (p. 14) Also, the EPA never performed an ecological risk assessment for Butte. Sample sizes used by the EPA were too small to be statistically significant. (p. 78) The EPA also ignored “pathways such as exposure from dermal contact, fetal uptakes and newborn uptake from the mother, and ingestion of food from gardens.” (p. 16) The EPA did not consider arsenic exposure from skin contact and from dirt, surface water or groundwater. (p. 16)

2. The remediation action levels set by EPA were too permissive. Unlike other areas, Butte was saddled with cleanup action levels that do not protect human health.

3. The EPA did not adequately characterize the extent of citizen exposure to toxic substances. The EPA focused on acute not chronic exposure of Butte residents to toxic metals. In the case of lead exposure, the EPA didn’t even look at lead from Butte but used studies of lead exposure in East Helena and Midvale, Utah and, without support, extrapolated to Butte. (pp. 15-16)

4. The EPA failed to remove toxics from Butte but largely left them in place to pose a perpetual threat to human health. One reason the lead abatement program (RMAP) is working so well, unlike most of the Butte cleanup, is that it removes toxic lead.

The Barry report is an independent and important review which once again calls into serious question Superfund’s efficacy in Butte. Superfund has not worked in Butte. Superfund has not protected the health and environment of Butte residents. EPA owes Butte an explanation as to why Butte has had to settle for a second rate, non-protective cleanup. Butte citizens should demand a real cleanup for our city. One measure of success is effectiveness. By that measure, Superfund has failed Butte. Dr. Barry has done Butte citizens a great service and her report should motivate local leaders to hold EPA accountable. So far EPA has only been accountable to itself; that must change.