BONNER – The “big yellow iron” phase at the confluence of the Clark Fork and Blackfoot rivers has ended.

Any earthmoving left to do where the former Milltown Dam once restrained millions of tons of toxic sediment was formally handed over to Mother Nature on Monday morning, as a crowd of county, state, tribal and federal officials celebrated their cooperation and completion of the Milltown Superfund cleanup project.

“I know it’s sometimes fashionable to rail against government,” Missoula County Commissioner Bill Carey told the gathering atop the Milltown State Park Overlook. “But I’d like them to come out here and see what government and the private sector can do together. Instead of a poisoned, pike-infested pond, we’ve got free-flowing rivers and clean drinking water and a public park.”

“Today, the area’s almost unrecognizable,” Bullock said. “But people don’t realize there were no blueprints of something similar to this to draw from, to reconnect a river confluence or remove a contamination pile of this size.”

Monday’s gathering marked the official finish of federal remediation and state restoration at the site. While some work remains to develop a state park and finish nurturing new floodplain vegetation along 17,000 feet of riverbed, the big dig is over.

The project started as a drinking water crisis back in the 1980s, when county health officers found arsenic in Milltown’s drinking water. The contamination traced back to waste from mines and smelters in Butte and Anaconda that washed down the Clark Fork in a massive 1908 flood. Milltown Dam trapped most of the waste in its reservoir.

It wasn’t until 2006 that workers began rerouting the rivers to drain the reservoir and remove the dam. Milltown Dam was breeched in 2008. The next four years saw almost constant earthwork activity – the “big yellow iron” bulldozers and graders that scraped away the tainted sediments, dug new river channels and recontoured the floodplain.

U.S. Environmental Protection Agency Montana Office Director Julie DalSoglio recalled how she was 29 years old when she attended her first advisory group meeting on the Milltown site. That was in 1989.

“This was a community that was so committed to a vision and to working together,” DalSoglio said. The drinking water that once measured 500 parts per million of arsenic in some Bonner wells has improved to 150 ppm, and some wells are now below the public health threshold of 10 ppm.

Salish Pend d’Oreille Culture Committee director Tony Incashola reminded the audience of the oldest name for the place: Nayccstm, the Place of the Big Bull Trout.

“It means a lot to me and the tribes to be restoring this area,” Incashola said. “It’s good that people see the right thing happening. We always think that 80 or 90 years is a long time. It’s not. You’ve got to prepare for children and grandchildren. This is a great gift for them and those yet to come.”

Reporter Rob Chaney can be reached at 523-5382 or at rchaney@missoulian.com.

Copyright 2012 missoulian.com. All rights reserved. This material may not be published, broadcast, rewritten or redistributed. 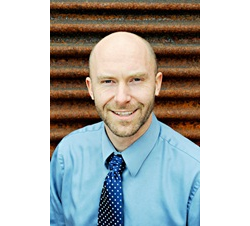 Come see us at the 2012 Ravalli County Fair!

Dr. Lucas Pernsteiner will be at the 2012 Ravalli County Fair!…

$100.00 to be used towards trade-in of competitive water treat…